Reportedly President Obama had three potential candidates to the U.S. ambassador post to the Vatican, one of whom he was considering, Caroline Kennedy.

But its now reported in U.K. newspapers that the Vatican sources would block any appointment that is pro-choice.

Since when does a person personal stance on reproductive rights make them ineligible for an ambassador position? Especially since the ambassador is there to represent the president, not themselves. And when we do allow the Vatican, or any foreign nation, to dictate who our representative should be and what their own personal political stances are.

Last week the Raymond Flynn, a former US ambassador to the Vatican, announced his opposition to Kennedy based on her pro-choice stance.

"It's imperative, it's essential that the person who represents us to the Holy See be a person who has pro-life values. I hope the President doesn't make that mistake," he told the Boston Herald. "She said she was pro-choice. I don't assume she's going to change that, which is problematic."

And for our part we hope President Obama doesn’t kowtow to this sudden demand that our ambassador’s pass some new litmus test.
Posted by National Women's Editorial Forum at 5:58 PM 2 comments: 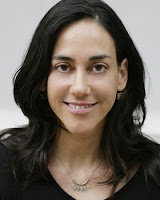 If you haven’t thought about the Iraq War as a story of U.S. allies systematically torturing and executing women, you’re not alone. Likewise, if you were under the impression that Iraqi women were somehow better off under their new, U.S.-sponsored government.

In the spring of 2003, Fatin was a student of architecture at Baghdad University. Her days were filled with classes and hanging out in her favorite of Baghdad’s many cafes, where she and her friends studied, shared music, and spun big plans for successful careers, happy marriages, and eventually, kids.

Today, Fatin says that those feel like someone else’s dreams.

Children are Victims of Prostitution, Not Criminals 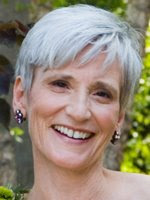 Like most parents of girls, I have had the good fortune to have pretty well-behaved daughters who finished high school and entered promising career paths. But some families are not so lucky.

Their teens may be struggling with a host of problems from learning disabilities to drug dependency. Recently we have discovered some more extreme problems: as many as 300 girls are sexually exploited commercially in Georgia each month --at escort services, hotels, online and on the streets -- according to recent results of an independent tracking study. That is more than twice the number of girls who die in car accidents in a year in our state.

A Texas-based provider of such loans recently reported record-breaking annual revenues topping $1 billion and a net income of $81 million.

So how do small-dollar loan companies make this kind of profit in the middle of the nation’s worst economic crisis since the Great Depression?

Virginia Should Opt Out on ‘Choose Life’ License Plates

During the recently concluded legislative session, the General Assembly passed a bill to authorize “Choose Life” license plates that now awaits consideration by Governor Kaine. Funds generated from the plates will be distributed to so-called “crisis pregnancy centers.”

There are over 70 crisis pregnancy centers in Virginia, and you’ve most likely seen their advertisements—billboards that read “Pregnant? Scared? We can help.” Many people mistakenly believe that these centers do nothing more than provide materials and support to women who have made the decision to carry an unplanned pregnancy to term.

All the Right Turns

In today’s confusing and disheartening economic landscape, it’s more important than ever to navigate carefully -- and make the right turns. At least, that’s what shipping giant UPS is doing. After implementing a “right turn” strategy (taking more right turns than left to avoid idling in left turn lanes) UPS has saved over 30 million miles of driving -- including three million gallons of fuel and $600 million dollars a year from the change -- not to mention countless tons of carbon emissions. The rest of us can learn from this strategy and start our own “right turn” campaign.

UPS, however, isn’t the only big green giant: Wal-Mart, the second largest procurer of energy only to the U.S. government, has made a pledge to be supplied 100 percent by renewable energy; to create zero waste; and to sell greener products. The retailer is also building skylight/dimming system into its new stores. As daylight increases, skylights allow Wal-Mart to dim the lights or even turn them off, thereby reducing the demand for electricity during peak hours. This system results in an annual savings of about 250 million kwh a year, enough to power approximately 23,000 homes. Corporations like Hewlett Packard, Toyota, and even British Petroleum have taken steps toward greening their production. And J.P. Morgan Chase is investing $2 billion of its own capital to fund renewable energy projects such as wind farms and solar in 17 states. Chase believes an investment in renewable energy will help revitalize rural communities and by creating jobs and increasing the local tax base. More and more, companies are finding that simple green solutions are attractive. 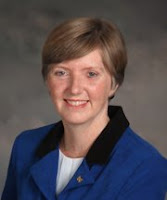 In his address to Congress, President Obama acknowledged that hope is found in unlikely places; now he can tap into people in those unlikely places to renew America.

Fortunately, the president can draw on the experience of the most accomplished Americans, not only the well-known wise men and women selected for the Cabinet, but regular people who solved these problems in their own communities.

Is This the Plan to Save the Day? 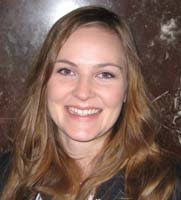 As a mother, I’m fed up with the questionable choices made by the leaders who are entrusted to serve and protect their citizens. As a resident of Kentucky, I need to know that our leadership is willing to invest in the life that my son will have here. I need to know that when he’s old enough to go to school, he’ll have every opportunity to learn and succeed as well as his friends in Maryland and his cousins in California.

And I need to know that the air he breathes and the water he drinks is just as safe here as it is anyplace else and that he will experience a community in which people are treated fairly and justly.

The current government social safety net that was built for a growing economy has stretched to its breaking point.

While Congress has acknowledged the dire circumstances working and middle-class families now face, little attention has been paid to those on the brink of the economic precipice: poor families facing the expiration of government assistance, with no jobs on the horizon and all avenues for help closing off.